It’s official, Google is pulling the plug on Google + as of April 2, 2019—likely to avoid any April Fools’ confusion and explosion of memes poking fun at the failed platform.

Ill-fated from the start, the platform hasn’t been particularly popular among consumers and recent stats show a dismal 5 second on page rate for 90 percent of its users.

Adding to that, there have been two troubling security breaches. The first was in early 2018 where a software bug resulted in third party developers being able to access the private information of over 500,000 users. That bug was promptly patched, but the damage was done, with user engagement reaching an all-time low since the 2011 launch.

Originally, the consumer version of Google + was slated to be completely shut down by August 2019, but after the discovery of another bug affecting a whopping 5.2 million users in late 2018, it will now be shuttered a full four months ahead of the original schedule.

Although there’s no evidence that the exposed data from either incident was used (basic information like name, email address, occupation, DOB, etc…) this second breach was the final nail in the coffin of Google’s fourth attempt at consumer level social networking.

According to a mass notification from Google, “no other Google products (such as Gmail, Google Photos, Google Drive, YouTube) will be shut down as part of the consumer Google+ shutdown, and the Google Account you use to sign in to these services will remain.”

Google will remove content from Google + accounts, including photos, videos, pages and Circles/Community information as the service is dismantled and is reminding all users to allow plenty of time to download content.

To find out for sure:

NOTE: If you have a Google+ account, back up your information before deleting your profile.  Photos and videos can be safely backed up on Google Photos or Google Drive if they aren’t already. More info here: https://support.google.com/plus/answer/1045788#photos

To delete your profile:

If you’re a business owner rest assured that the closure of Google + won’t affect your Local SEO, since Google + and Google My Business (the old Google Places / Google+ Local) have hardly coincided in recent years. However, you’ll want to take care to clean up the evidence of your now defunct account, lest you look like you’re behind on technology. To do this, remove the following:

– Google + links from your site

– Google + from any online or print marketing items

– Links from your email signature

– Any G+ buttons from landing pages

Google + will be gone but according to Google, its ghost will live on in enterprise networking. This will include tightening security and revamping Google+ features to business-friendly features like dashboards for analytics and engagement metrics, and optional central controls for all employees within an organization. Only time will tell how this new version will do. Will you use it? 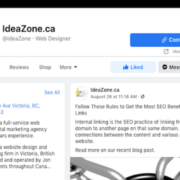 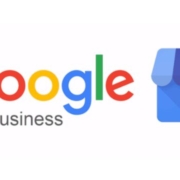 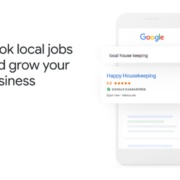 AMP – The Good, the Bad and the Nasty 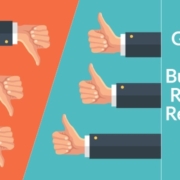 The New Google My Business Review Removal Tool is Here
Gutenberg: What you need to know about the new WordPress 5.0 editor and how...

Do I Really Need to Upgrade my Website from HTTP to HTTPS?
Scroll to top